Latest Food on This Blog

"...no modern restaurant in Dagupan could ever take the place of these local food in the hearts of Dagupeños and visitors like me."

[DAGUPAN, PANGASINAN, PHILIPPINES] ► Bangus (milkfish) has somehow become synonymous with Dagupan. However, the city of Dagupan is more than the bangus recipes and the expanding presence of fusion dishes and contemporary food innovations that can be found in its ever growing inventory of restaurants and cafes.

Earlier this year, I did a walking tour in the downtown district of Dagupan and I found out that the local tupig and bibingka vendors are back near the city plaza!

As far as I'm concerned, I think they were gone for a while. On my last visit, I found out that the local vendors stationed at the corner of Burgos Street and AB Fernandez Avenue near the Dagupan City Plaza are back!


Tupig is basically popular in Northwestern Luzon and in some Ilocano speaking towns in Central Luzon. Although Dagupan is not technically an Ilocano city, this city takes pride of its Dagupeño tupig.

[DAGUPAN] ► A TUPIG VENDOR NEAR THE CITY PLAZA

Tupig is made of ground glutinous rice and coconut strips (or grated coconut in some cases) wrapped with banana leaves.

Some of the tupig vendors I saw were stationed near the AB Fernandez Avenue and Burgos Street corner of the Dagupan City Plaza.

[DAGUPAN] ► TUPIG  IS A LOCAL DELICACY HERE IN DAGUPAN.

[DAGUPAN] ► TUPIG  IS MADE OF GLUTINOUS RICE WRAPPED WITH BANANA LEAVES.


Moving on, I think it was my first time to encounter these bibingka makers and vendors in this part of AB Fernandez Avenue located near the city plaza.

Bibingka, like tupig, is also made of glutinous rice and coconut strips cooked with a banana leaf too. Unlike tupig, bibingkas are not rolled and wrapped with banana leaves. They're like cup cakes.

[DAGUPAN] ► THIS IS DAGUPAN'S LOCAL BIBINGKA.


The bibingkas of Dagupan are cooked over charcoal. Bibingka makers cook them right in the streets. They put their bibingkas inside a can then cover it with a coconut shell.

[DAGUPAN] ► THESE LOCAL RICE CAKES WERE PLACED INSIDE THESE CANS.

[DAGUPAN] ► THE CAN WAS COVERED WITH COCONUT SHELL.


Dagupan's local food (well, aside from bangus) are usually not the highlights of its food scene but they're here to stay.

The city has evolved (and continues to evolve) so fast with the mushrooming of new restaurants and cafés but the local food that make up the foundation of its local culture couldn't be replaced by any modern and posh restaurant.

Tupig and bibingka are insanely cheap yet it's jam-packed with calories to keep you going and strong. It's even healthier with less grease or fats. Indeed, no modern restaurant in Dagupan could ever take the place of these local food in the hearts of Dagupeños and visitors like me. They're here not because vendors need to earn by selling them but because Dagupan's intangible spirit is not complete without these local food, hence, part of their identity. | end |

[1] This post was filed under the category "Food and Cuisines." There is a section below where you can see other related posts from this category.

[2] The maps I used on this post are from maps.google.com.ph.

[4] The insights, condition and name of places or properties I mentioned here are based on the facts and situation on the day of my visit. Take note that you may have a different experience when you try or see the properties or places mentioned here. Names of places and properties may also change by time so it's not my responsibility to update all the information on this blog because once published, I already consider it an archive and I won't update my narratives because I want them to become my references of what have happened in the past. I'm very particular of the dates because I want my amazing readers to understand that I am writing stories based on my perspective and insights on the day of my visit. You can see dates almost everywhere on this blog. Exempted from this rule are my travel guide posts that need to be updated.

Map Showing the Location of #Dagupan 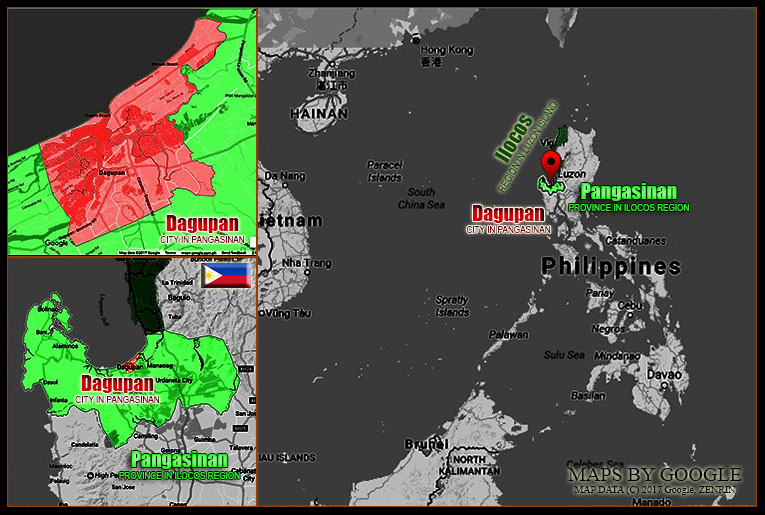 MORE POSTS FROM THIS CATEGORY: *FOOD AND CUISINES* 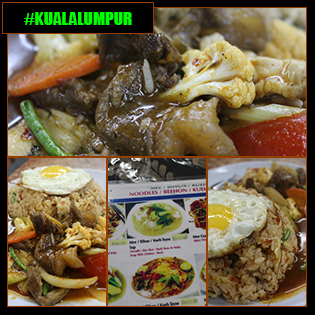 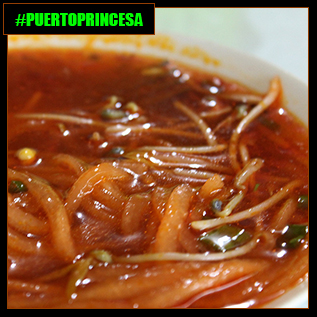 [PUERTO PRINCESA] ► Chao Long Beef Stew: My First Taste of Vietnam, I Tried It in Palawan 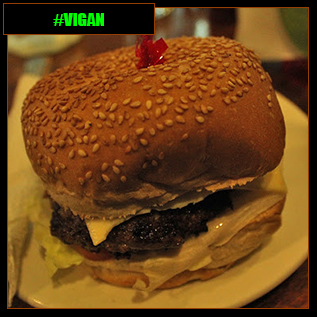 _________________
TEASER ▬ This relatively cheap burger, having captured the palate of some Bigueños, has once become part of their lives. 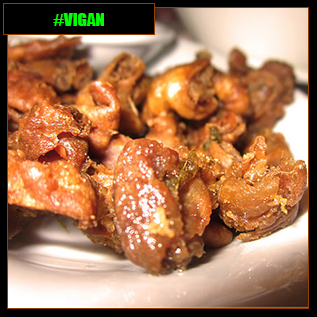 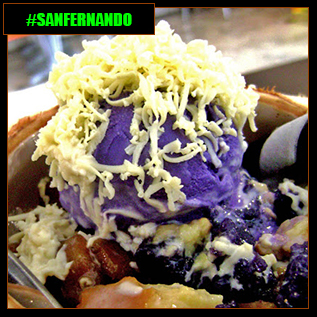 
Thank you for visiting my travel blog!


TEASER ▬ ...this is the first serving for the blog menu I'll be offering soon covering food and restaurants in Dagupan City.

Haaaaa! I wanted to shout! Haaaa! Hahaha! This is because it is Thai Food Festival in Cafe Leona on a Saturday Night and I was able to try this Seafood Pat Pick.
It was served sizzling. How I wish I can also put the mouth of my chismosa neighbor on the sizzling plate no? Anyway, it was so tasty that I wanted to jump. Exxag, I kno'.
There were squid, shrimps and mussels to satisfy your cheap tongue craving for seafood.
Don't worry about the price because one serving is good for 3-4 people with standard appetite. If you have voracious appetite, good luck!
So it is 170 pesos per serving. If you divide it by four, each individual will just have to pay a little over than 40 pesos so it is still affordable, 'di ba? If you want to make tipid, bring your own rice , haha! 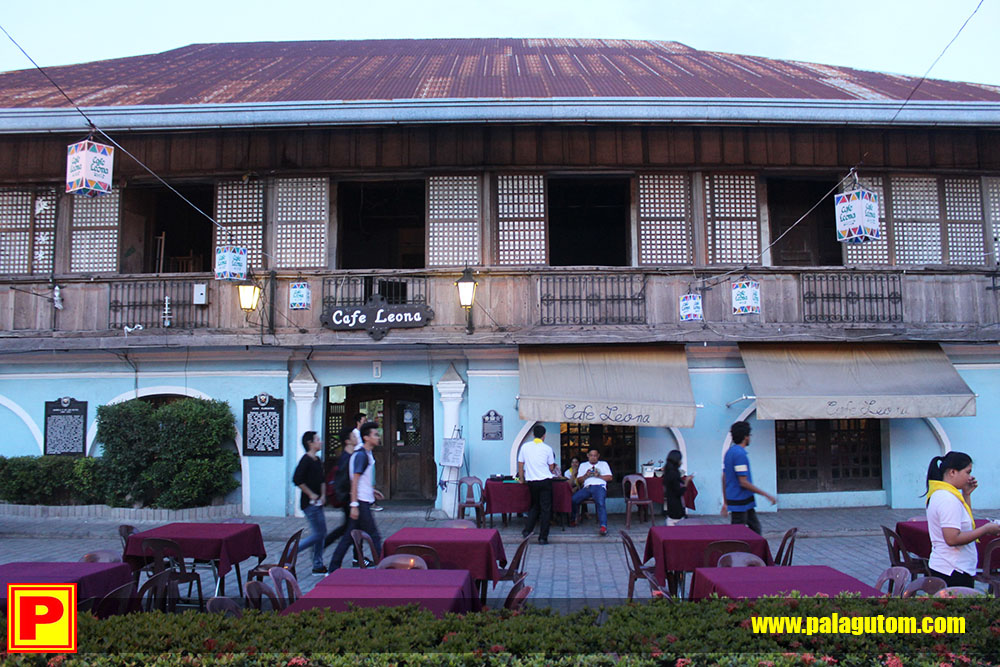 I tried this food in Cafe Leona, a restaurant located along the famous Calle Crisologo in Vigan. This food is served ONLY every Saturday. The food is available starting at 6 PM.

The time I read about the name of this Thai food, I opted to eat it than to pronounce it. Gosh! This is nosebleed! How come this food will have to make me struggle first in twirling my tongue because I use my tongue in eating? Duhhh!

So you know what? I opted to eat this food than to pronounce it because it hurts my tongue.

Anyway, I love the half-cooked stream beans (I hope I'm right with the name of that green veggie) and the tender beef was perfect! But beware of the red thing there because this will burn your mouth, as in hot na hot! Ang anghang!!!

One platter costs 180 pesos but don't worry that is not expensive. The serving is good for 3-4 people. So if you divide it by 4, that would only cost yo' 45 pesos each! Ang mura na, sosyal pa, naka-Thai food ka pa, 'san ka pa!

Bongga!!! I ate this in Cafe Leona. They serve this food only during Saturday and not everyday so 'wag assuming! Saturday is their Thai food festival.

Hey! Pssst! I am Palagutom Boy. I love eating CHEAP but DELICIOUS food out there. I have a huge appetite but I am not fat.

I believe we don't need to spend much for our food if we can have them cheap! I am the poorest food blogger in the world but definitely one of hottest (Haha)! I feature food that are less then 100 pesos in amount.